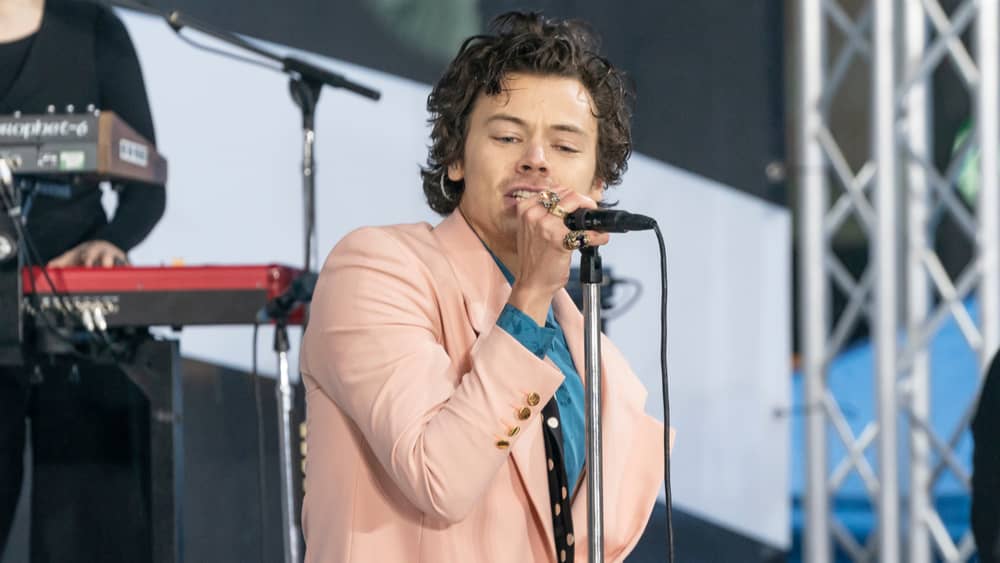 Harry Styles has announced rescheduled dates for his world tour, in addition to announcing new shows. Styles’ Love On Tour was postponed due to the pandemic, but finally kicked-off September 2021 in Las Vegas. Styles performed over 40 shows throughout the U.S. at the end of last year.

Styles will kick off the 32-city tour with three new stadium dates in the UK in June, as well as four stadium dates in Europe, including Glasgow Ibrox Stadium, Manchester Emirates Old Trafford and London Wembley Stadium.  The tour will continue in July with rescheduled arena dates in Europe, as well as a new show at Accor Arena in Paris, before wrapping up in Latin America later in the year. Special guests include Mitski on the UK dates, Arlo Parks in Dublin, Wolf Alice on select European dates and Koffee on all Latin American dates.

All existing tickets for rescheduled shows will remain valid. Tickets for the new shows go on general sale 9 am on Friday, January 28th via Ticketmaster. The tour will be following all local and public health guidelines as well as venue protocols set forth at the time of each show. Fans are asked to visit their local venue’s website ahead of each show for the latest health & safety details and requirements.